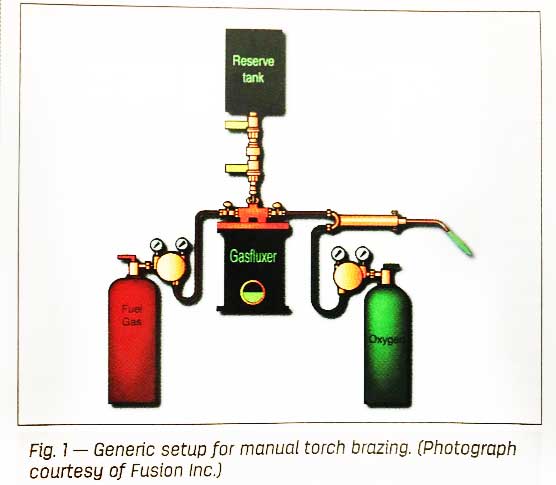 Depending on the temperature needed for your assembly, the fuel gas (i.e., acetylene, propane, or natural gas) can be burned with air, compressed air, or oxygen. Torches that are specifically designed with multiple tips or flames can be used by constantly moving the flame to disperse the heat evenly among the assembly to avoid localized overheating, and compromise the strength of the joint. Here are the different techniques with equipment, depending on the assembly that needs to be welded.